It’s not that Mike Rinder couldn’t have found time for his family, it’s that he simply chose not to, as told by a former colleague

I saw on the web that many people are relating experiences and events that have the common tenor: that Mike Rinder is a self-centered bastard with a heart of stone and calloused soul. Well, I can’t help but weigh in with my own experiences. They support these reports.

One thing in particular has always struck me in the years I knew him—Mike Rinder didn’t seem to have much, if any, love lost for his wife and kids. I know his wife, and know her to be a very nice and caring person. It makes my blood boil to think about the emotional cruelty with which he treated her. I also knew his kids; both were cute, cheerful and full of life and love for other people.

Both his son and daughter were at a boarding school. You would have thought that Rinder would make every effort to see them, even if only on weekends. I knew quite a number of people at the time that had their children at the same school. They would always make sure to have quality time with the kids and do things as a family. Not so Rinder.

And what was so important that he couldn’t see his wife and children? Nothing.

So why was his snooze button set to “permanent?” Because he would stay up until three or four the night before. And what was so important that he couldn’t see his wife and children? Nothing. Rinder chose instead to watch something on TV or take in a movie, or sometimes he would go to eat at an all-night diner. In other words, he chose various forms of personal entertainment over his wife and children. I remember this so clearly, because several times he tried to get me to come along. I declined every time.

It came as no surprise when I heard that his wife eventually divorced him.

—F.C., a former colleague who chooses to remain anonymous

The Way Mike Rinder Always Was 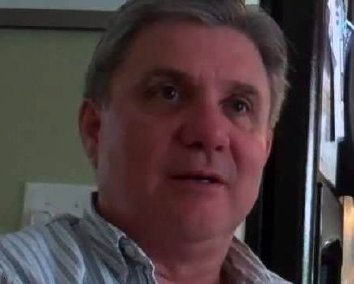