Like countless abused women, I stayed way too long with my ex-husband, Mike Rinder. In fact, it was over 31 years. You’ve heard similar stories before. “I thought he would change.” “I worried about my kids.” “I believed in the institution of marriage.”

But Mike was chronically manipulative and a pathological liar. I should have left him, but, like other similarly abused wives, I looked the other way. I was naive and blamed myself. Stupid me.

Mike Rinder was an abusive husband—emotionally and, ultimately, physically. His ill will grew to where one day he practically ripped my shoulder out of its socket and tore my arm, causing permanent nerve and structural damage.

But there were “little things” along the way, things I should have heeded as warning signs. Like when I was walking down a hallway one day and tripped. Mike was sitting nearby, swinging his legs, and started snickering with a friend while pointing at me. He made no move to help his own wife get up from the floor. It was embarrassing enough but he made an even bigger deal out of it by laughing loudly.

I remember how Mike harassed me when I was trying to get over a fear of heights. Mike was smug and would tell me to quit being a “scaredy-cat.” He forced me to climb a tall ladder, stood there and said he wasn’t leaving until I made it to the top. I froze, but he didn’t care. He taunted me, calling me a “wuss.” That’s not how a supportive husband treats his wife.

Then there was the time I got a new job and told him about it. Instead of congratulating me or wishing me good luck, Mike laughed about it, saying, “Oh, right.” It was a put-down, like I would never make it.

Or when I had failed a work assignment, instead of assisting me or being supportive, Mike treated me in a demeaning fashion, giggling and smirking.

He was a constant hazer. It was as if Mike got sadistic pleasure out of doing degrading things to my friends and always sluffed it off as ‘just a joke.’

It was humiliating having my friends around him. Once, Mike went after one of my friends and tied her to a rail as a “joke.” I was shocked. I intervened and untied her. When I admonished him, he laughed at me for being so concerned about what he did, and said, “What’s the big deal?” He was a constant hazer. It was as if Mike got sadistic pleasure out of doing degrading things to my friends and always sluffed it off as “just a joke.”

Mike had a thing on clothes. He criticized mine all the time, yet I had my own taste. His handling for this was to buy me clothes himself, which were frumpy and which I hated. In one instance, I was in a position where I had to wear something he’d bought me to a formal event—something that, given a choice, I would never have worn. In this case, I had no option. It made me feel self-conscious, but he seemed to like this, as it gave him “control.”

The thing that broke my heart more than anything was how he treated our children. He truly never loved them. Suffice it to say, I raised the kids and held the whole family together, including his own family, who has been dear to me for the last 40-odd years. His parents were like my parents and his sister and brother were my sister and brother. I was the one that wrote the letters, remembered everyone’s birthday and organized all the activities, because it’s normal that you care for your family. Mike did none of it. He didn’t care.

Mike’s mother and father, Barbara and Ian Rinder, used to travel from Australia to America every six months to visit. Mike never did anything to accommodate his parents’ visits. I was the one who cared for them. And when they were back home, it was me who routinely called to check in. Mike was totally indifferent, showing no interest in his own parents or their welfare.

Unfortunately, Mike never came around. Neither did he offer any love or importance to his father who, sadly, was killed in a fatal accident in 1991. When this occurred and I told Mike about it (as I’d gotten the phone call), Mike was not fazed. He showed no emotion—not shedding even half a tear—and barely ever spoke of him again.

While on a business trip in England, Mike disappeared with not a word to me or our children.

In 2007, while on a business trip in England, Mike disappeared with not a word to me or our children.

I was freaking out, thinking maybe he’d been in a car accident or something and was lying in a hospital somewhere. I and Mike’s colleagues spent days trying to find out where he was.

Weeks went by with no word. Finally, he wrote in. Not to me. Not to the kids. To an acquaintance. He did not have the courage to communicate directly to me, so he wrote to someone else and asked them to tell me he wasn’t coming back. He wanted to know if I wanted to join him. My answer was “No.” I was done. I also note here that in this “message” he didn’t even mention our children. I believe Mike didn’t really care to ask me if I wanted to join him, but he was forced to for some reason, such as to save face with someone else.

Any further communication I wrote him, he ignored. He didn’t answer my letters, nor did he answer his daughter’s. He deserted us. He literally walked out.

I made a point to call my mother, who is not a member of the Church, to tell her that Mike had left us. Now, my mother is a real New Yorker. After I told her how I was doing (fine) and how the kids were (good), she said, “I always thought he was a little creepy, from the moment I met him.” And she said, “I think the only reason he left was that he did something really, really bad that he doesn’t want Scientology to find out about instead of fronting up like a decent human being and just saying what it was.” She further said, “That’s going to follow him everywhere and he is never going to be able to run away from it unless he admits to whatever it is that he did.”

I think she was dead-on.

[T]he cancer was serious…not easy to handle. Ben’s life was in serious danger…. I flew to Denver to see Mike. He refused to talk to me.

Right after Mike left, our son Ben (then age 24) found out—when getting a routine health checkup—that he had cancer in his face. His doctor stated the cancer was serious, being a rare form of malignant melanoma that is not easy to handle. Ben’s life was in serious danger.

My life went on hold for two years while Ben underwent the medical handlings he needed, including multiple surgeries, radiation treatment, etc.

Once Ben had turned the corner on his cancer treatments, I flew to Denver to see Mike. He refused to talk to me, even though I came to tell him about our son which I felt he should know about as Ben’s father. Mike then joked with his friends on the Internet about my coming. I put my focus back on my son and ignored Mike’s taunts and “jokes.”

About a year later, in 2010, my daughter Taryn, Mike’s brother Andrew and I went to Florida in an attempt toget in communication with Mike and help him come to his senses and possibly reconcile with his kids and immediate family.

Mike physically attacked me, twisting my shoulder and arms in a vice grip while screaming profanities in my face….He would not let go.

When we went to see Mike, he physically attacked me, twisting my shoulder and arms in a vice grip while screaming profanities in my face. I tried to get away from him. He would not let go, and the pressure was so severe the pain was killing me. I screamed out in agony and pleaded with him to stop. He only held me harder.

During this incident, when I looked down and saw what he was doing to my arms, the only thought that crossed my mind was that if I didn’t get him to stop he was going to break my arm. I could feel the pressure on the bone and heard a noise that sounded like a pencil snapping. There was blood pouring down my arm and onto the ground. Mike saw what he did, looked at me and stated, “I don’t care.” He laughed and it was clear he got sadistic pleasure out of doing this.

The assault caused permanent damage to my shoulder. It took months just to get the damage healed enough that other treatments could be done, such as physical therapy, which I did for months, and steroids.

My shoulder never mended and for a while I couldn’t even move the joints.

I ended up getting orthopedic surgery to repair the shoulder bone so that I would at least be able to have some movement in my hand, wrist and arm.

To this day, I can’t lift anything with my right hand and am in pain all the time. There was severe nerve damage and…​I have to apply ice and hot packs [daily].

To this day, I can’t lift anything with my right hand and am in pain all the time. There was severe nerve damage and every day I have to apply ice and hot packs alternately to force circulation in the arm.

Over the years I worked out how to function despite the impairment, and the people I work with do things I can’t do. My dominant arm is the same one Mike damaged so I had to change how I work. My life is now left-handed. I could detail for pages the changes I have had to make to my life to accommodate the damage Mike caused. He doesn’t care.

I had no idea he would ever go so far as to physically attack his own wife. But when he did, at that moment, with his eyes glaring into mine not two inches away, I saw that I was now, in his eyes, an “enemy.” It also became crystal clear that any man who would ever do that to his wife never really loved her. Mike’s response was to go to the press and deny he even touched me, regardless of the documented physical evidence.

Now, after all these years, he still insists “I am right” and continues to do anything possible to try to defame and make less of his own children and me.

Why? Because we speak the truth and Mike is desperate to not have the truth told.

Taryn, Benjamin and Cathy Rinder on a family vacation in Florida in 2016

We speak the truth and Mike is desperate to not have the truth told. 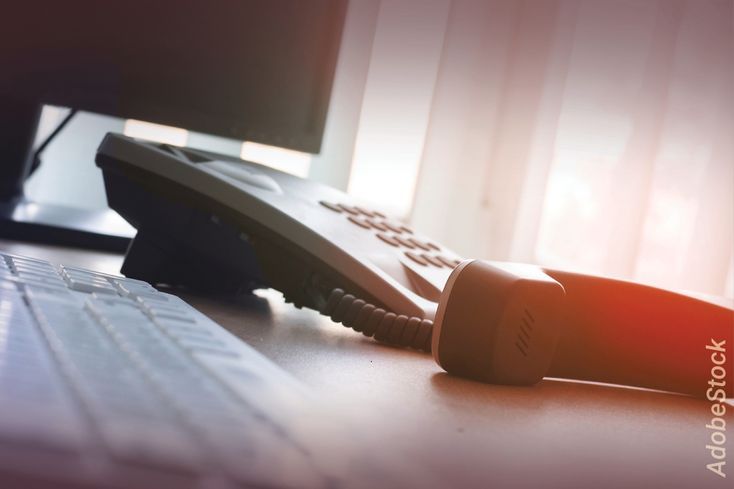 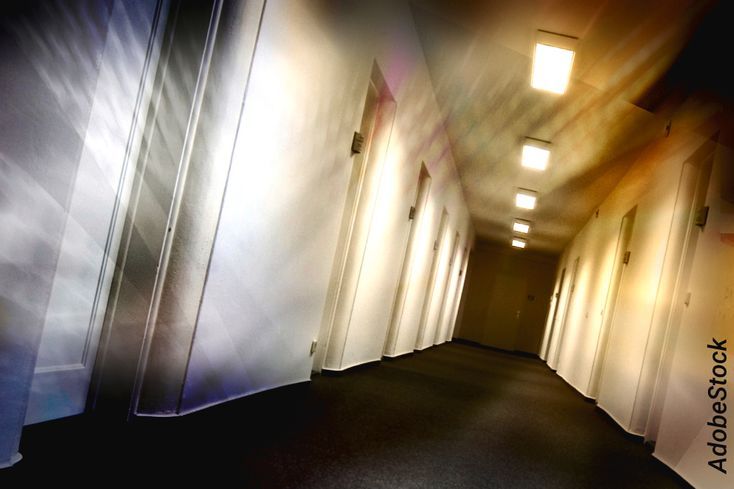 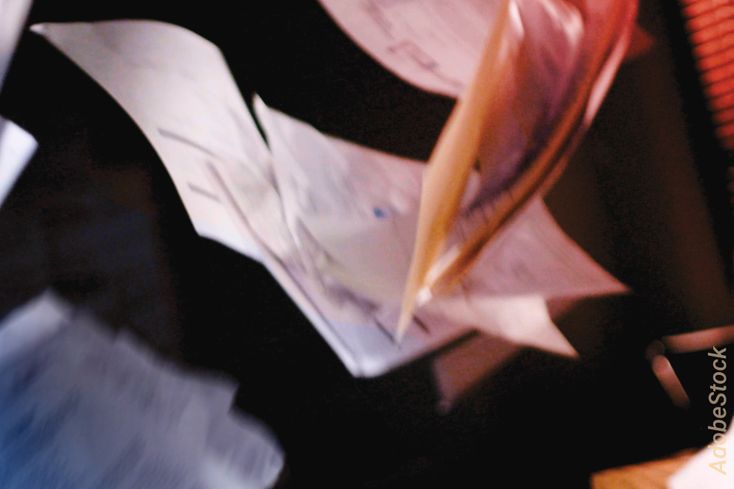