Cathy Bernardini just wanted to let her former husband, Mike Rinder, know about the dire health of their son Ben. She assumed—wrongly, as it turned out—that he actually cared about his son.

Defrocked Apostates: The Road to Redemption

Robert Almblad’s “public relations” executive has been keeping a very low profile lately. The usually verbose - and gaffe prone - Mike Rinder has done little for his boss other than getting one article promoting his so-called “safe” ice machine into a provincial newspaper.

Mike Rinder: Turning to the Dark Side 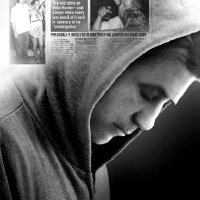 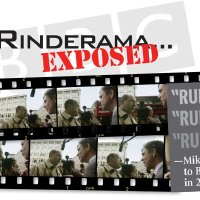 Was Mike Rinder lying then, or is he lying now—regarding the anti-Scientology drivel he now funnels to the tabloid media? You be the judge after reading the following verbatim quotes from Rinder when he served the Church as spokesperson. “...

Damned in His Own Words 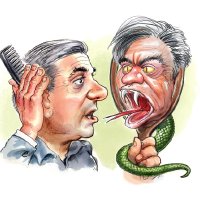 “Many antisocial persons will freely confess to the most alarming crimes when forced to do so, but will have no faintest sense of responsibility for them.”—L. Ron Hubbard 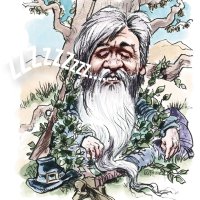 "I fell asleep at my desk many times. This was when working on events—virtually every one I’ve done in the last 5 years. I was not confronting the writing of speeches. In fact, I was not wanting to confront what I was doing at the time—being irresponsible… I am now known for falling asleep. 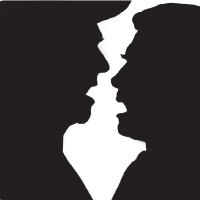 For anyone familiar with the personal interplay between Marty Rathbun and Mike Rinder since they left the Church, you would think the two cohorts were the best of pals. Flying to each other's homes, wooing media outlets and staging outrageous stunts in an attempt to harass Scientologists—the duo seems all but inseparable. 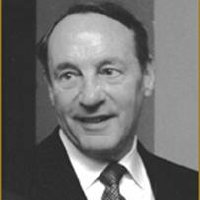 Who is Mike Rinder? He is an apostate who was expelled from the Church of Scientology for gross malfeasance and unethical behavior unbecoming of a Scientologist. Since his expulsion, he has been attacking the Church and Scientologists in a rumor mongering campaign filled with lies. 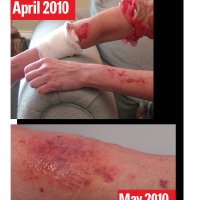 “I am afraid of my potential for destruction.” — Mike Rinder And so he should have been afraid. 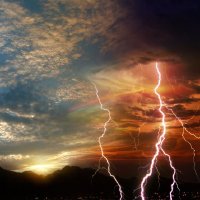 Marty Rathbun, Mike Rinder and Tom DeVocht, all having been demoted and expelled in disgrace from their former religion, now rail against the man who removed them. 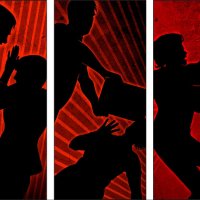 Why bother attacking a guy when you can slap women around? “Mike then came directly over to me, grabbed me by both arms and shoved me which nearly knocked me down.” The above is exceedingly telling. 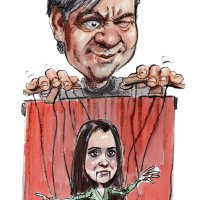 When originally introducing Christie Collbran (with whom he so casually strolled through Central Park), a television tabloid host assures viewers that she doesn’t really want to destroy the Church of Scientology. She just wants to tell her story.

We’re on the Free Highway to Hell 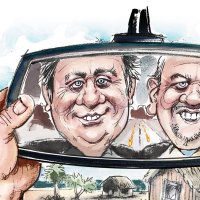 In the last few years, Marty Rathbun and Mike Rinder went from living like penniless hoboes to jet-setting, TV talking heads—and all with no visible means of financial support. So here’s their fraudulent, wasteful and slothful odyssey into 15 minutes of fame and fleeting fortune… albeit, in the end, with a hefty price tag. 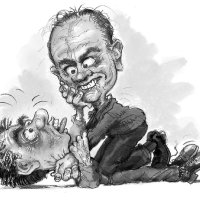 Marty Rathbun and Mike Rinder teamed up to pass off the same stories to two media outlets—a tabloid newspaper and a tabloid television news show. The one inescapable fact that annihilates any semblance of credibility for either is best phrased as a question.

TABLOID JOURNALISM. How do they get away with it? More importantly, how can dishonest journalists live with themselves? The answer is simple. They aren’t looking for the “truth,” they are only interested in a “story.” And in the 21st-century Internet age—where any blogger can post anything he wants, anonymously no less—the so-called mainstream media is more and more pressed to make a buck. And more times than not, today’s talking heads themselves cut their teeth on the Internet fringe.

ENTER THE PRESS (AND AN APOSTATE “MEA CULPA”). It was hard to imagine what they might have to sell even though, date-coincident with media contact, neither Rathbun, Rinder nor DeVocht have any visible employment or means of support.

BUSTED, BITTER, BROKE… AND PSYCHOTIC. Actually, it’s no surprise that shortly after confessing, Rathbun suddenly departed. After all, the threatening external battles had ended and the Church was able to dedicate all its resources to constructive activity—which is precisely what a psychotic cannot stand. In the Founder’s words describing those afflicted with psychosis:

But the story, tragically, doesn't end there. For here are three criminals—Rathbun, Rinder and DeVocht—and since liars are cowards, it was self-evident they still had a dark secret. After all, every one of them had blown which, according to the Church’s Founder, only occurs when one has overts and withholds (transgressions). In this instance, it’s the textbook example virtually proving Mr. Hubbard’s discovery.

A Liar is a Coward. A Perjurer is a Criminal. The Rathbun, Rinder, DeVocht Conspiracy

“Individuals with criminal minds tend to band together since the presence of other criminals about them tends to prove their own distorted ideas of man in general.” —L. Ron Hubbard.

Mike Rinder: An erstwhile external affairs officer for the Church of Scientology removed from post for gross malfeasance. Rinder walked away from his Church, his wife and two children.

Who is Mike Rinder? - Neglect and Corruption

Mike Rinder is a former executive of the Church of Scientology who was removed from his position for incompetence and gross malfeasance. Despite generous attempts by seniors to help him straighten out and come clean, Rinder eventually deserted his church, his wife of over thirty years and his two children and skulked off. He ignored every attempt by his family to communicate with him and instead soon took up with a younger woman and became a used car salesman. After failing just as miserably at that career, Rinder threw in with another apostate, Mark “Marty” Rathbun. Together they are involved in a scheme to discredit the Church of Scientology and its leadership for the purpose of lining their own pockets.